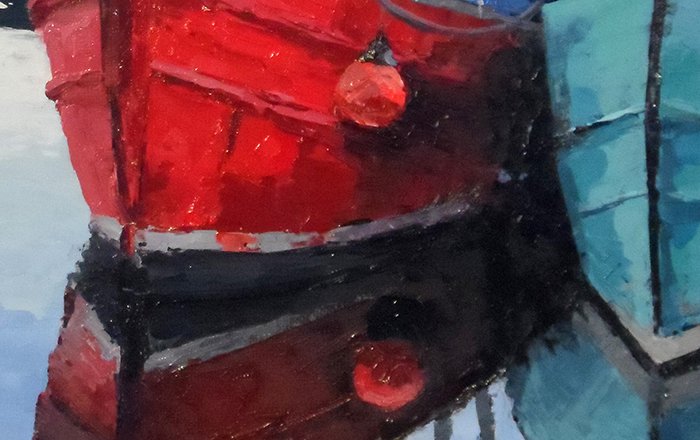 Oban, Gaelic for Little Bay, is one of the friendlies cities in Scotland. A very popular destination due to the frequent ferry service to Hebrides islands and called the “Gateway to the Islands.”  Oban is the only city built around a distillery, which is especially handy in a country with some of the strictest drunk driving laws. In December of 2014 they lowered the level from .08 to .05.

I saw these lazy fishing boats tied to the dock after eating a delicious meal at the Water Front Fishhouse.  Oil painting of two boats docked at the harbor in Oban 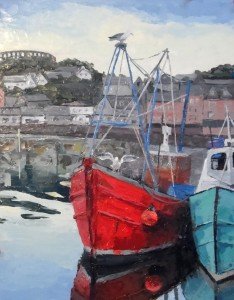 No posts were found for provided query parameters.